The church of San Domenico 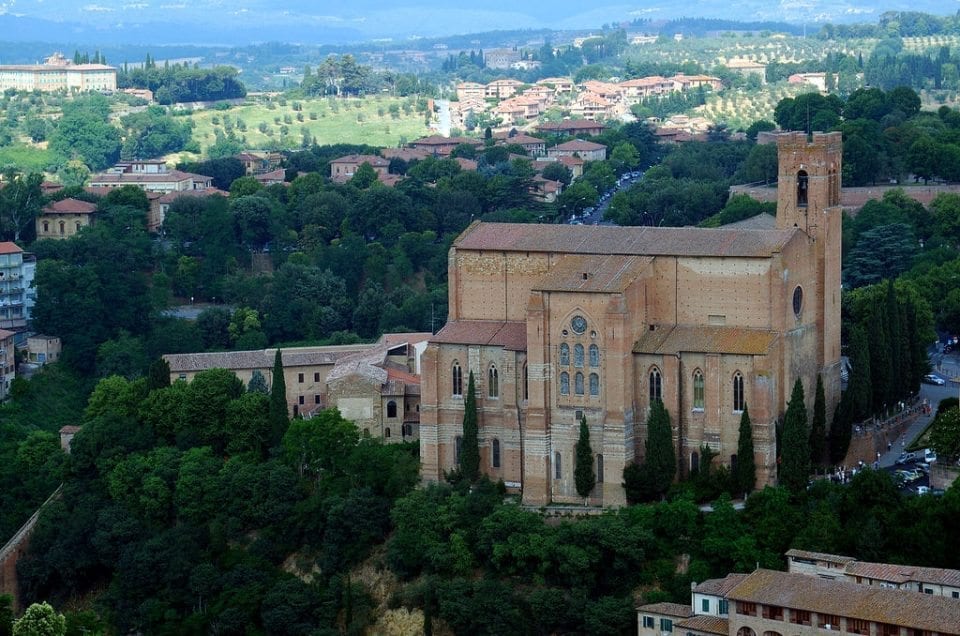 The Church of S. Domenico is a magnificent Gothic building, begun in 1226 and enlarged in the 14th century and completed in 1465. The chapel of St. Catherine of Siena, where the skull of these saints is worshiped, stands out in the wide, majestic, simple interior. The chapel was built in 1488 and at the beginning of the 16th century. especially painted by Sodomia with frescoes, and among the pictures stands out with the St. Catherine of Siena, who faints. In the chapel of the arches there is a picture from the end of the 14th century. by Andrea di Vanni, the only faithful portrait of St. Catherine of Siena. On the main altar there is a ciborium and two angels, an extremely refined work of 1475 by the Florentine Renaissance sculptor Benedetto da Maino. In the right aisle you can visit the so-called Chapel of the Germans, which is called because it contains graves and inscriptions of German students who visited the University of Siena in the 16th and 17th centuries.

The church of San Domenico