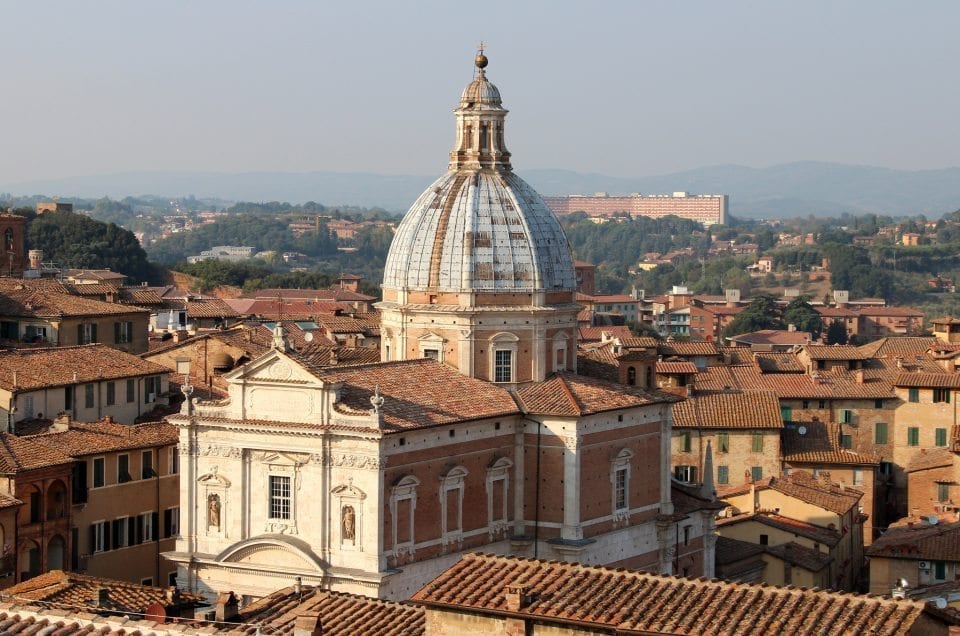 Where there is this beautiful church of Santa Maria di Provenzano in Mannerist style were the houses of Provenzano Salvani, Sienese captain of the Ghibelline part, repeatedly mentioned by Dante Alighieri. On the façade of one of these houses there was a sculpture in painted terracotta depicting the Pietà. In the middle of the sixteenth century a Spanish soldier, sacrilegiously, fired his arquebus against the image that shattered, with the exception of the bust of the Madonna which remained perfectly intact; it cried to the miracle and in 1594 this wide and solemn sacred building was elevated to a design by Flaminio del Turco.

The façade, imposing and distinguished by strong plays of light and dark, introduces majestic and varied inside, characterized by the great high altar, in which within a rich tabernacle the image of the Madonna is venerated.A pillars supporting the wide, elegant dome of octagonal shape, some flags are hanging, as a sign of vote. Particularly significant, the one with the Medici coat of arms since until the French invasion of 1799 waved on the ramparts of the Fortress of Siena.