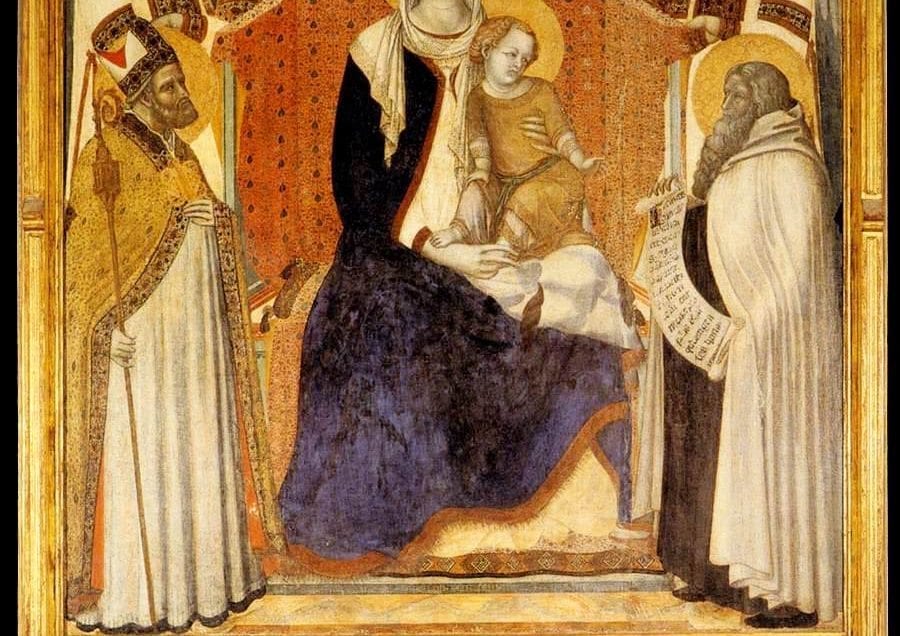 In Palazzo Buonsignori, built in the late-Gothic style in the first half of the 15th century, there is the Pinacoteca Nazionale, the picture gallery containing the largest collection of Sienese paintings done between the Middle Ages and the Baroque period.

The core of the collection consists of some truly splendid works painted between the 13th and the beginning of the 16th century. Important painters such as Duccio di Boninsegna, Simone Martini, Pietro and Ambrogio Lorenzetti are represented.
There are also some examples from Sienna’s extraordinary 15th century period: after 1420, the artistic vision of the Renaissance, with its more natural, geometric perspective, was being propounded in Florence.
Although local painters found this fascinating, they continued to maintain solid links with their own wonderful late-Gothic world. Stefano di Giovanni, nicknamed il Sassetta, Sano di Pietro, known as a master of observation, Lorenzo di Pietro, nicknamed il Vecchietta were among those important artists whose own version of poetry can be seen in their paintings.
Other artists, who were more open to the new developments in Florence, include Domenico di Bartolo, Matteo di Giovanni and Francesco di Giorgio Martini, who as a sculptor and above all an architect, was a fully Renaissance artist.
In addition to 16th century painters like the Siennese Domenico Beccafumi, there is also the powerful Giovanni Antonio Bazzi, known as il Sodoma, whose birthplace was in Vercelli but whose main works were done in Sienna.
Post Views: 25