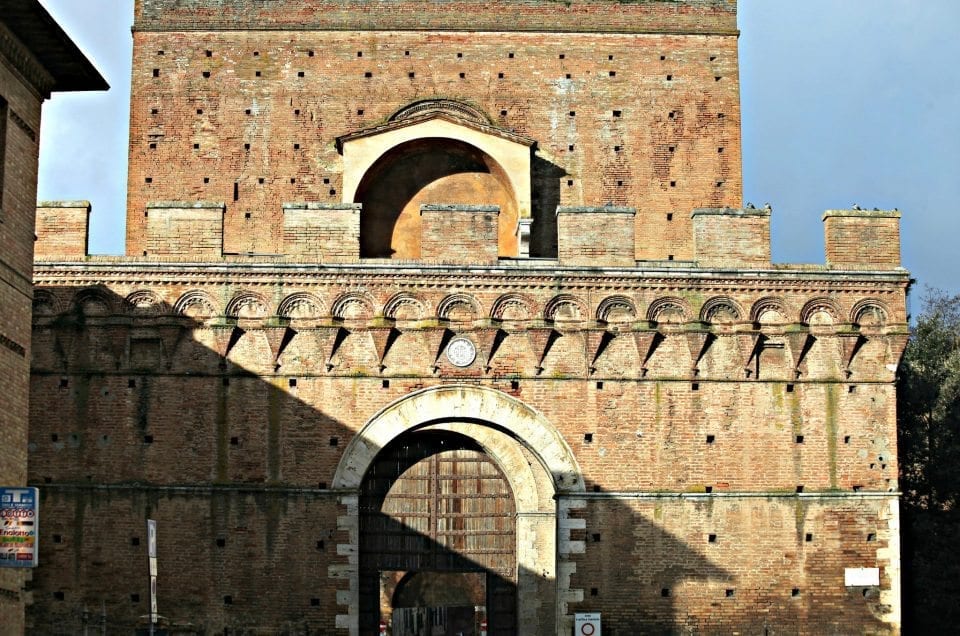 Porta Pìspini is an impressive, powerful 14th century structure, modeled on Porta Romana and similarly made up of two parts, the actual gateway and an inside defensive gate.

Beyond this, along Via Baldassarre Peruzzi, you will find the Bastion of San Viene, called after the other name given to Porta Pìspini, Porta San Viene. The relics of Sant’Ansàno were carried into Sienna through this gateway in 1107.
The Bastion was built by Baldassarre Peruzzi between 1527 and 1532 and is an excellent example of military architecture. At the time of its construction, it was described as “modern” because it was built to house cannons and to withstand hits from cannonballs or other weapons shot by a besieging army.
The Bastion has the shape of a heart and is reinforced by an additional covered fortification. On its two short sides, you can see three superimposed orders of apertures which are positioned accordingly to allow cannonades to be fired.