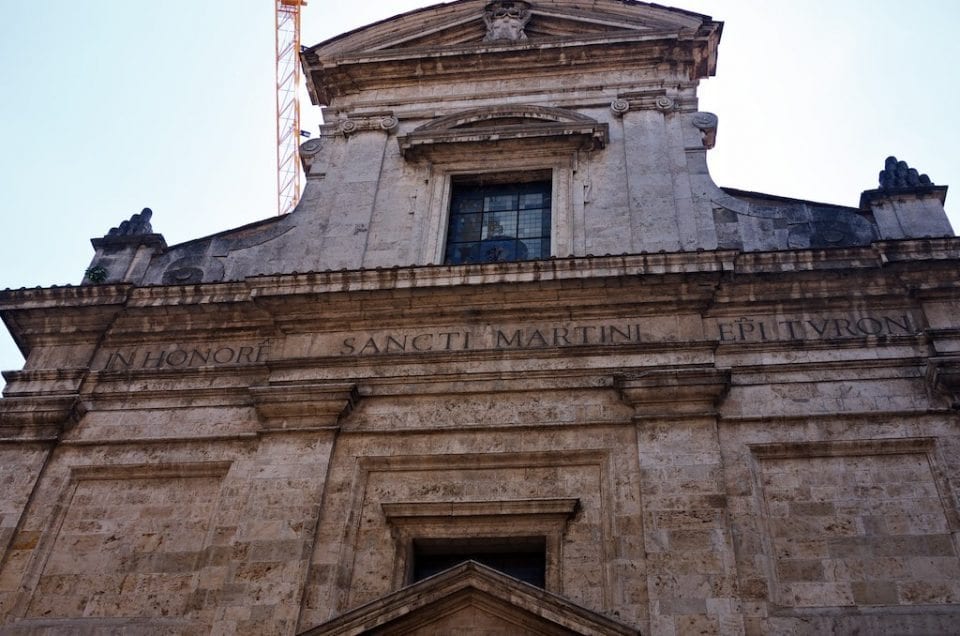 Near the Logge del Papa is the church of San Martino, raised in 1537 by Giovan Battista Pelori and distinguished by the imposing mannerist façade, due to the Ticinese Giovanni Fontana, active in Rome, who designed it in 1613.

The interior, with a single Latin-cross nave, as well as the dome frescoed by the Baroque painter Annibale Mazzuoli, is enriched, on the right wall of the second altar, by a Crucifixion by the well-known seventeenth-century Bolognese painter Guido Reni; here follows, at the third altar, the martyrdom of San Bartolomeo, performed by another head of the seventeenth century Emilia, Gianfrancesco Barbieri, called the Guercino.

Next to the painting by Guercino there are five remarkable fifteenth-century wooden statues due to Jacopo della Quercia and his school.

On the third altar of the left wall is a beautiful 16th century Nativity of Beccafumi.

By way of Pantaneto, through via San Girolamo and then via dei Servi, we arrive at the quiet, peaceful square, in a beautiful panoramic position, on which the Basilica of Santa Maria dei Servi stands.